Virtual team hierarchy is nothing new. Hierarchical structures have been with us since the dawn of time. Our ancestors had to collaborate and compete in small-scale areas: on essential life tasks and with a handful of people.

When technology and globalization enriched connections and simplified remote communication, work naturally reduced. Work organizations adopted a whole new level of interwoven competencies and responsibilities. For virtual teams, hierarchy and collaboration are complex phenomena on a global level. How can you handle all these complex factors of power in modern times and make the virtual team hierarchy you have chosen work wonders for your business?

The way you organize the team hierarchy in your company can accelerate or put a brake on your project goals. Composing your team in an effective way:

But if you make a poor choice for the virtual team structure, you will waste resources on managing hierarchical enigmas for ages.

You shouldn’t take lightly power distribution in virtual teams. Although leadership on virtual teams and the agile team structure can be opposite of hierarchy in a conventional way in terms of how power is distributed, virtual teams still face their own set of challenges. Here is how you can overcome many of the problems in the remote team hierarchy:

However, the relationship between shared leadership and the overall team performance is not so linear. Virtual teams, as well as any other organization still need some hierarchy and strong support structures to perform well. Shared leadership improves autonomy and trust between team members. It increases team satisfaction, which, in turn, positively affects team performance.

It seems that well-thought power distribution benefits teamwork in many ways. Then, why are leaders so reluctant to implement it on a wider scale?

When the virtual team hierarchy drops the traditional organizational concept and focuses on shared leadership, the managers’ attention turns from task-based and goal-based decisions to relationship management.

Most leaders, regardless of the role they play in a team, will agree that managing people is a tough challenge. In such a constellation, leaders often find themselves in the uncomfortable position of choosing between team empowerment and micromanagement.

The virtual team’s success banks on how well its team members: 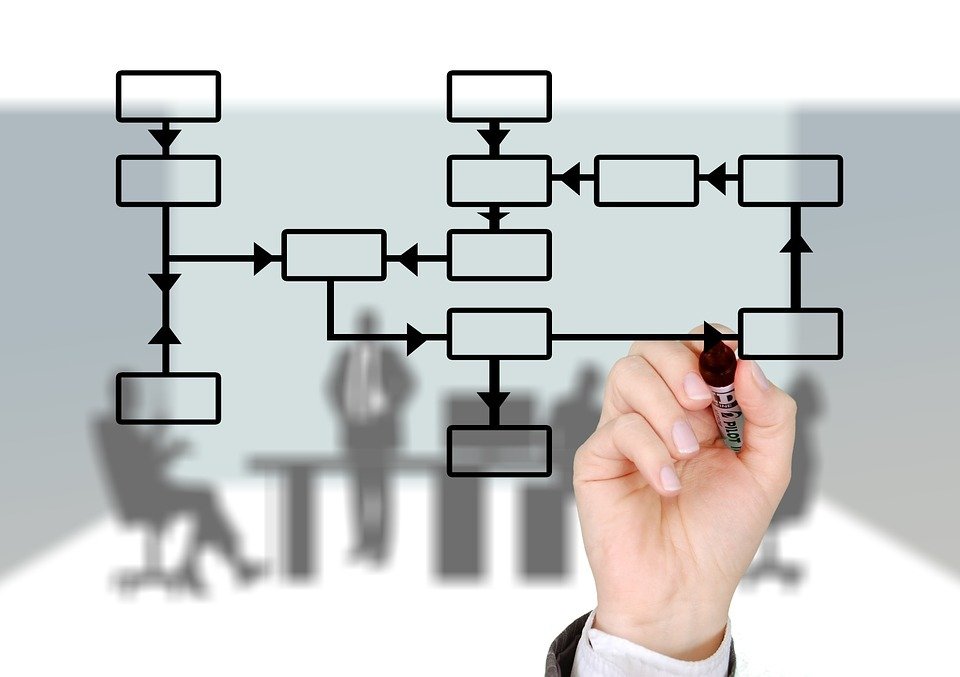 Leadership and responsibility in the digital product team structure

Digital projects add a new level of complexity. When you need to work agile, keep up with personalization-hungry customers, and must promptly respond to market changes, any unnecessary spent effort chips away at the long-term project success. There are many ways to remain flexible and adaptive with virtual team hierarchy.

Flash teams and flash organizations enable quick assembling of on-demand virtual experts. Flash teams have a sufficient existing level of inter-connectedness, interdependence, and shared leadership. At the same time, they leave space for adding or removing tasks and roles as the project grows or completes its goal and comes to an end.

Flash teams are project-based, with little or less than the traditional habitual team interaction.

Flash team workflows are based on computational algorithms. The Stanford research team explained the concept of the flash team structure with the following words: ”…flash teams consist of sequences of linked modular tasks and hand-offs that can be computationally managed”.

Without delving too deeply into the technology, it’s important to understand how flash teams innovate the current virtual team hierarchy. The flash team concept provides users with the capacity to quickly find solutions for fast-changing product requests. This is the core concept of flash teams you can use to improve your remote team hierarchy:

Members in flash teams perform project tasks in small atomic actions called blocks. Blocks consist of experts hired via crowdsourcing, working on a task that requires input, a system of interaction rules, and an output.

Blocks are self-contained. You can reuse them in a different context, as well as connect or disconnect them to other blocks to scale projects up or down, according to the project needs.

You can solve the problem of inconsistent benefits of the leadership distributed across the team by diffusion of responsibility.

Diffusion of responsibility means assigning a directly responsible individual (DRI) for each block. The DRI acts like a temporary manager. Their role is not long-term or tied to a strict organizational hierarchy. Rather, it is short-lived, as long as it is necessary for successful block completion.

By identifying the growth parameters of a certain block, the product owner, the project manager, or the DRI can easily add new experts to a block and specify its growth volume.

The rules of the computational task hierarchy can delay the execution of a project. In flash teams, it’s not necessary to wait for another member to complete a task. Task results are visible in real-time since virtual team tasks are stored in a pipeline for simultaneous execution.

Flash teams are virtual teams as-a-service. You can take as much expert work as you need, for just what you need it, and just at the right moment.

A flash team is great when you need to jump from project to project.

Instead of maintaining long-term work interactions, you can benefit from a fragmented view of digital projects and allocate resources to a clearly defined, specific task.

For example, a task can be creating a brand video campaign, transferring a website to a new CMS, or just adding a new feature to a mobile app.

Due to their elasticity and atomic nature, it’s easy to misunderstand that flash teams can only perform granular tasks. But quite the opposite is true: you can combine flash teams to create flash organizations.

Flash organizations are project-based virtual teams with the skills to execute complex, open-ended tasks with high interaction between members. 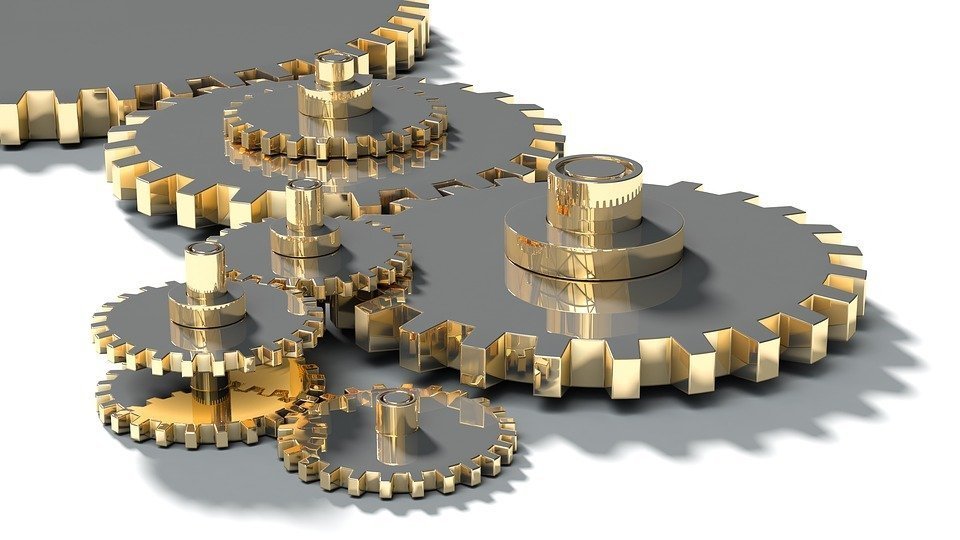 In contrast to existing crowdsourcing models that concentrate on task-related, simple goals, the collaboration structure is based on work adaptation and division of labor.

In flash organizations, you can de-individualize or disassociate the role and the person. The role only makes sense within the task context. Consequently, when a person leaves a project, the empty role can be filled immediately without considerably damaging the project resources.

Flash organizations have a specific take on asset specificity.

Asset specificity is the value a business accrues by people working together over a longer period of time.

Instead of using person-based hierarchy, flash organizations borrow the role structure concept from emergency teams, such as disaster response teams or movie crews.

When the virtual team hierarchy is tied to the role, and not to the person, each role gets a task. In turn, the organizational structure is updated in real-time.

It takes an average of 15 minutes to hire a person from a crowdsourcing platform that will fit in the specified role.

Therefore, you can set up a team within a couple of days, instead of doing it in weeks.

A flash organization is a great choice if you are a product owner working on complex goals, such as growing a startup or a mobile app.

Alternatively, you can scale a flash organization if you are interested in a cost-effective way to test the compatibility of members that will compile a virtual power team.

Virtual power teams are most likely to resonate with classical hierarchies. They are built on constancy and maintain the highest level of interaction between team members.

A virtual power team is a type of flash team that is most beneficial for an established business in need of growth by using the tried and tested approach of multiple atomic action blocks.

The reduced consistency in roles, tasks, and hierarchies is part of a power flash structure. Such a structure keeps all the advantages of flash teams and flash organizations. Furthermore, it adds a layer of constancy.

Regardless of which type of virtual team hierarchy you think is initially best for you, remember that you can retain a flexible approach. You can test what works best for the current project you are working on and scale as you go.

We have the workflows and processes already set up to help you make this change in no time.

Learn to grow and scale your business with virtual teams and global freelancers with our FREE Virtual Team Starter Pack! 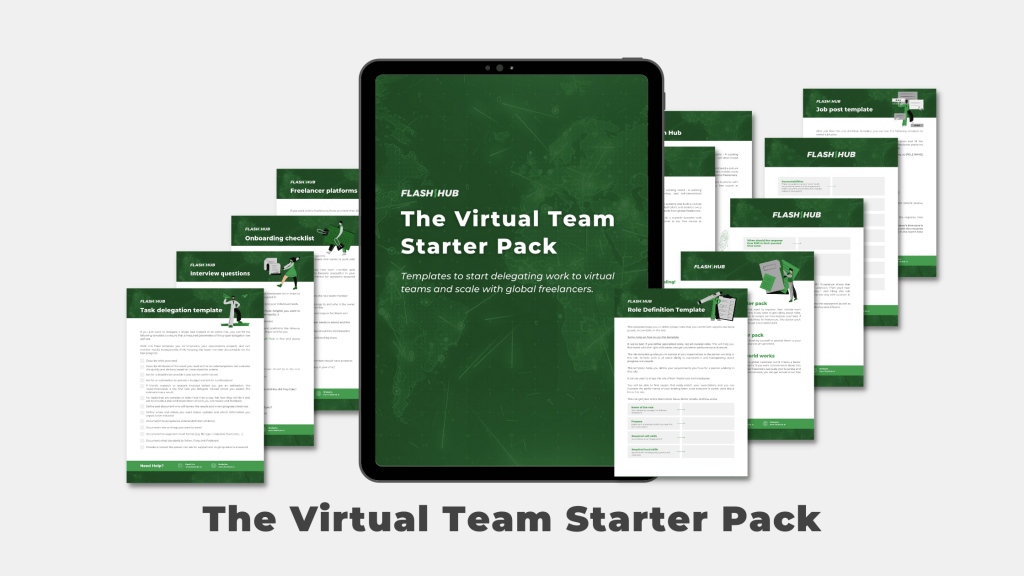 WE MAKE THINGS EASIER FOR YOU!

Our project assessment tool guides you on what process, technology and virtual team skills you will need to get things done faster.

How to Handle Difficult Clients

Do you remember a client that ruined your weekend?  You look forward to your free time, when all of a sudden, your client tells you that what you thought was done needs more hours. Goodbye leisure, rest, and personal time. Difficult people are everywhere. We have all met rude people who don’t follow through, disrespect

How to Find Talented Employees

If you find and retain people with marketable skills, you stay ahead of the competition simply by bringing the best people on board. But you already know that, right? The question is how to discover them in the swamp of many you may want to avoid. Your primary hiring strategy should not be focused only

How to Deal with Work Stress when Someone Quits

When an employee quits suddenly, it can be hard to deal with the work stress. Even if you are the manager who politely knows how to handle the stress of someone leaving, you still have to deal with the consequences of their decision to your business.  That employee must have been valuable to your team,